SACRAMENTO, Calif. (August 23, 2018) – Showcasing the rich history and deep connection between agriculture and the railroad, the California State Railroad Museum Foundation is proud to continue its multi-year partnership with Visit Sacramento as an official Farm-to-Fork sponsor. To celebrate the important role the railroad once played in bringing the fruits of the farm to emerging new communities throughout the region and nation, the Foundation is excited to announce that two VIP Cocktail Train Ride experiences will be available this year, one each evening, on Saturday, September 29 & Sunday, September 30, 2018. In addition, the Foundation is pleased to welcome returning sponsor Rabobank N.A. – a locally based bank serving California communities grounded in agriculture – for the 2018 Farm-to-Fork Cocktail Train ride experiences. The VIP Cocktail Train first debuted in 2015 and was recognized as a finalist in Sunset Magazine’s Travel Awards competition in the “Best Train Experience” category.

With VIP train rides on each evening at 6 p.m. departing from the Central Pacific Freight Depot in Old Sacramento, Cocktail Train ride guests can sit back and experience what first class was like during the early decades of the 20th century as developed by the Southern Pacific Railroad. Ticketed guests will delight in a signature cocktail, exquisite appetizers and a delicious dessert from Hoppy’s Railyard Kitchen & Hopgarden. The specially created menu items will be prepared and presented by Executive Chef Kent Souza and his talented culinary team. In farm-to-fork style, the food and beverages will showcase seasonal ingredients, grown and sourced locally.

Uniformed stewards will provide the finest first-class service onboard three of the California State Railroad Museum’s first class cars: the Audubon dining car, the El Dorado lounge car and the French Quarter lounge car from the 1950s that served the famed Southern Pacific “Sunset Limited” service. As an added treat, the cars will be pulled by two eye-catching locomotives – Western Pacific No. 913 and Southern Pacific No. 6051 – both of which are classic streamlined locomotives representative of the first generation of diesel-electric locomotives.

Space is limited on the Farm-To-Fork Cocktail Train and tickets will go on sale August 23. Train ride tickets cost $100 per person and all train ride guests must be 21 or over. The VIP Cocktail Train is a Foundation fundraiser for the California State Railroad Museum and Railtown 1897 State Historic Park. For more information or to purchase tickets on the VIP Cocktail Train presented by Rabobank, please visit https://www.californiarailroad.museum/. 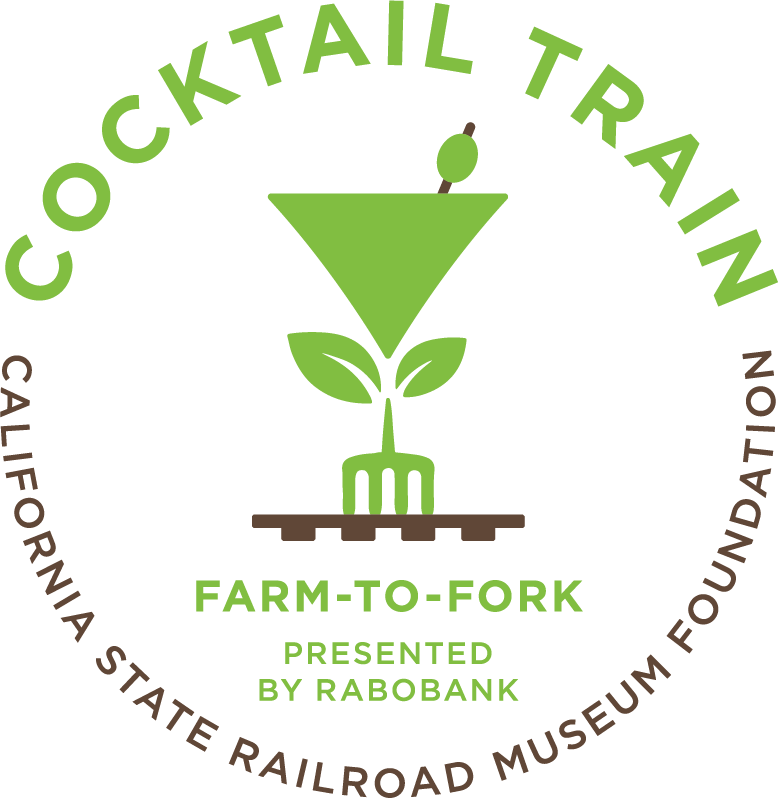