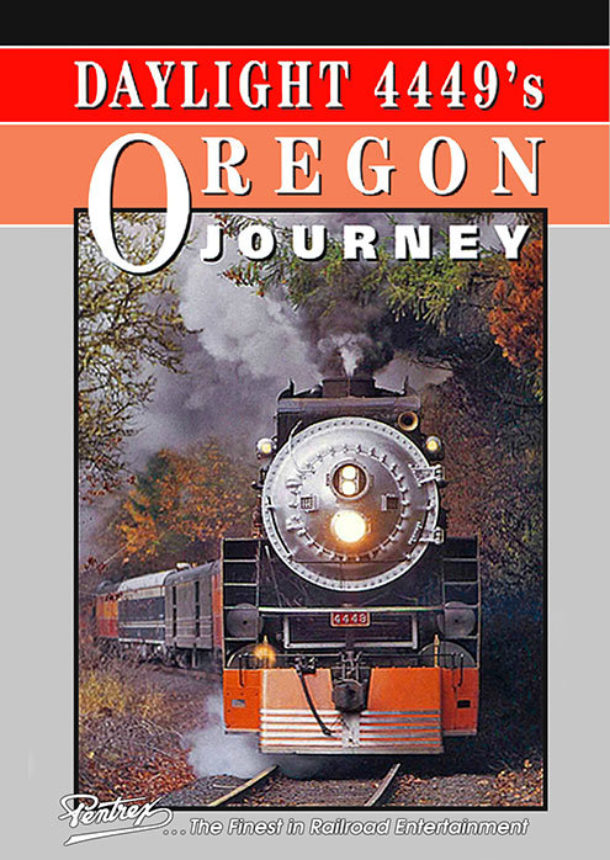 Southern Pacific's Daylight #4449 has been called the most beautiful steam locomotive in operation, drawing crowds of admirers whenever the colorful, magnificent 4-8-4 runs in excursion service.

In October 1995, after a three year hiatus, SP 4449 once again thrilled observers as it steamed through central and northern Oregon.

The Daylight put on a grand performance pulling passenger and freight trains for the Portland & Western and Willamette & Pacific, two new shortline railroads. The massive power of the locomotive can be witnessed as it hauls freight from Newberg to Albany over the former SP Westside line. It's also seen pulling a passenger train from Albany to Toledo and back along W&P's Toledo District. This challenging 75-mile route through the Oregon Coastal Ranges is interspersed with winding curves and miles of tough 2 percent grades, giving the 4449 plenty of opportunity to demonstrate its strength.

With its tender re-lettered for the P&W and W&P, steam billowing and whistles echoing, the Daylight accomplished its goals of promoting public awareness for each of these new shortlines. There's nothing like the sight of a mighty steam locomotive in action, as you'll see in "Daylight 4449's Oregon Journey"!