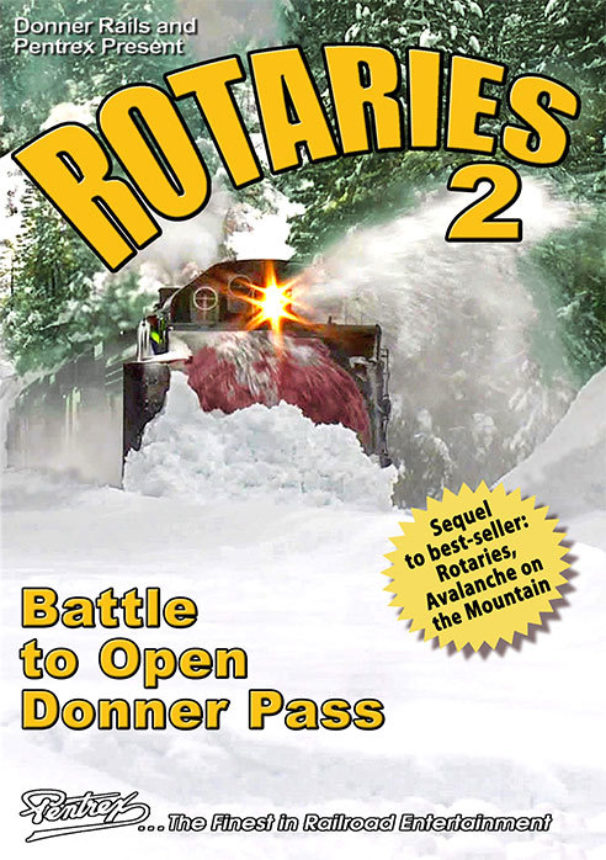 We take you back to the historic Winter of 2011 when snowfall broke all kinds of records. An avalanche had taken out a Flanger at Cisco Grove. Union Pacific had no choice but to break out the Rotary Snow Plow. First time in the 21st century!

In Part 2, find out what happened to the crew, and follow Union Pacific's snow fighting force as they use every weapon at their disposal to, as one crew member said, "Battle the Monster of the Mountain".

It took 9 days to clear Donner Pass! Over 52 FEET of snow in one winter!

(PULL DOWN MENU ABOVE OFFERS A CHOICE OF DVD OR BLU-RAY.)