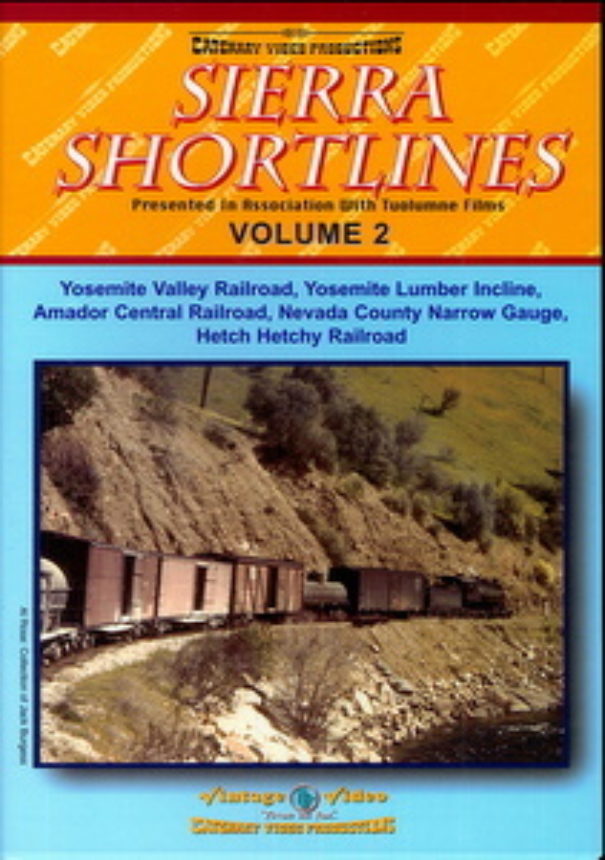 Yosemite Valley Railroad carried thousands of sightseers from Merced to El Portal – the gate to Yosemite. See the seventy-eight mile scenic trip aboard 1944 and 1945 fan trips. Yosemite Sugar Pine Lumber Company’s operations, including its spectacular 67% incline, are featured in detail.

To connect its new Sierra Nevada damsite to the Sierra Railroad, San Francisco began constructing the Hetch Hetchy branch in 1914. Rare 1923 historic films show trains, snow removal and work on the dam. A 1947 scenic fan trip is featured; followed by track removal in 1949. Amador Central Railroad was the smallest of the Sierra foothill lines, and ran twelve miles from Ione to Martell over 100 curves, 12 bridges and 4% grades. In the mid-sixties, one of a succession of owners bought a used Baldwin 1200 hp diesel, which is featured in our coverage