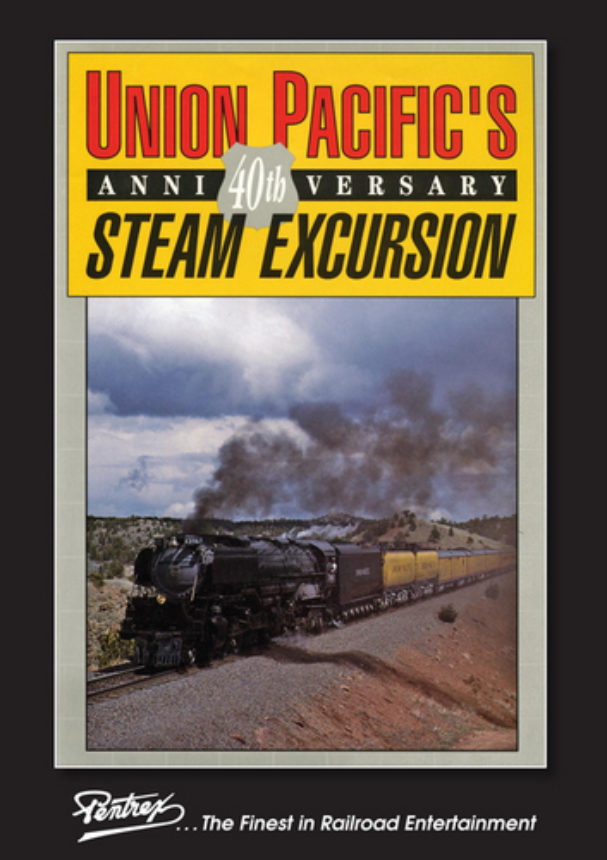 To commemorate the 40th anniversary of the first official steam excursion on the Union Pacific Railroad the Rocky Mountain Railroad Club sponsored a re-creation of the event on May 15, 1993. Wearing new number plates and sporting elephant ears, Challenger 3985 became locomotive 3967 for a day. This sold-out excursion train, with almost 500 people aboard, retraced the original route of the 1953 journey.